Home » What was the name of the magician in Frosty the Snowman?

If you want to know how much do magicians charge or how much does a wedding magician charge, read on.

Below is a list of Magician related questions that I have been asked in the past, they might come in handy for a pub quiz or something!

Q1: What was the name of the Magician in Frosty the Snowman? 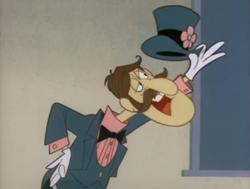 Professor Hinkle was the name of the magician in frosty the snowman. He was hired to entertain the children but when he fails to entertain them they go outside and build a snowman. Professor Hinkle had a rabbit called Hocus Pocus, who escaped from the building while wearing his hat, the children decide to put it on top of Frosty’s head. To their surprise, the magic of the hat causes Frosty to come to life.

Q2: What is Dynamo the Magicians real name?

Dynamos real name is Stephen Frayne – he was born in 1982 and is taking the magic world by storm with his amazing TV performances on Dynamo: Magician Impossible.

Q3: When magicians do tricks is it really magic?

Well that all depends if you believe in magic. When a magician performs a trick what appears to happen is things change, disappear, re-appear somewhere else. It certainly looks like real magic but is it magic real? I am sure we would all like to believe it is real magic and if you really believe then it is. For others what magicians perform is very clever tricks that look like magic. And if magic were real it would look like that.

Q4: How do magicians know what card you are thinking of?

Well here is an interesting fact, when asked to think of a card most people will only choose one of 4 playing cards, on my years performances these are the rough figures

Try it yourself, ask 10 people to name a playing card and I bet 3 or 4 of them will say the Ace of Spades.

There is also a difference in how you ask the question, if you say think of a card most people will try to visualise it first and go for a heart or diamond, whereas if you say name a card it could be any, or if you say what is your favourite card a lot of people will say the Ace of spades and then go on to sing the song!

Q5: How does a magician saw a woman in half?

So now you know the answer to “What was the name of the magician in Frosty the Snowman?”

Ask me some more, just post in the comments below and I will add the questions to the list.

My name is Roger Lapin, I am a professional Close up Magician based in Hampshire in the UK and perform at Weddings, Parties and Corporate Events across Great Britain.

Roger Lapin is a Wedding Magician based in the New Forest in Hampshire. Available to hire across the UK. If you looking for a London Magician Roger is only a short train ride away from the city.
Facebook | Twitter |

Wedding Magician
Close up Magician
Table Magician
Contact Roger
"Hiring Roger was one of the best decisions we made when planning our wedding!"
Magician - Roger Lapin
Calshot,
Southampton,
Hampshire,
SO45 1BG