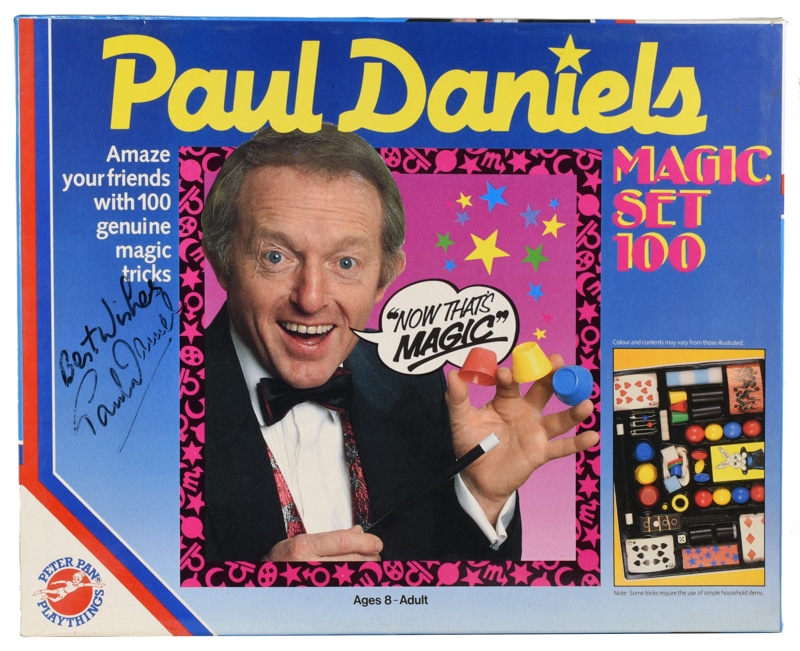 Paul Daniels, one of the great magicians!

Magician for Hire » Blog » Paul Daniels, one of the great magicians!

Born Newton Edward Daniels but known to most as Paul Daniels was an English Magician and TV presenter. Most famous for his long running show the Paul Daniels Magic Show which was on the BBC from 1979 to 1994

Paul Daniels was a member of the Magic Circle with gold star. He has been described as the “Godfather of Magic” and has inspired many people to take up Magic as a hobby and a profession, including myself!

Paul Daniels famously married his on stage assistant Debbie Mcgee and they were married from 1988 to 2016 when he sadly passed away.

Sadly Paul Daniels is no longer with us having died on 17th March 2016 (aged 77) with an incurable brain tumor which was diagnosed only 5 weeks earlier. He was performing in panto with Debbie and was not feeling well and went to see his GP after the run.

You can read the very emotional story written by Debbie here
https://www.braintumourresearch.org/stories/in-our-hearts/in-our-hearts-stories/paul-daniels

Paul was best known for a few catchphrases, but the one everyone will know him for is:

His most well known routine where you will hear his catchphrase is the cup and the ball routine, which he was the master of!

If you want to see why everyone loved Paul Daniels, below is a the famous cup and ball routine performed by Paul, Debbie and Paul’s son Martin Daniels.

Most of us first came to know the magic of Paul Daniels through his magic set. There were quite a few but it was basically a box of tricks with some instructions teaching you some of the classics of magic. If you are my age you will now the wonder of opening this on Christmas day and learning all the wonders of the world of magic.

This is sadly no longer available, but you can still find some on ebay.

I can highly recommend you check out his DVD package called Bravura
https://www.magicshop.co.uk/bravura-by-paul-daniels-and-luis-de-matos-dvd

This is an excellent tutorial series – This is essential viewing for anyone wanting to become a professional magician. All the details are here, including his famous Electric Chairs. This is the expert’s guide on creating a working act and how to have a career in magic and succeed.

He also had a weekly performance on TV. When I was growing up in the eighties Paul seemed to be on the TV every Saturday night for years and was an institution in the world of magic.

We would have a bath have our tea and then all sit down as a family to watch the Paul Daniels Magic Show. As a full time magician now it is hard to comprehend how Paul managed to deliver fresh magic every week.

He always had great guests on and introduced so many of us to magic.

Paul Daniels was one of the greats who was taken from this world too early.

He used to run private meetups with small groups of magicians at his house, a few friends of mine met him at his house and spent a day learning from the master.

I had actually emailed Paul in late 2015 asking him when the next meetup was going to be, he responded to me and said he was doing panto and to check in again in the new year.

Sadly shortly after that he was taken ill. So I never got to meet my magic hero.

If you would like to book a Close up Magician, please contact me for a no obligation quote.

Paul Daniels – an inspiration to so many magicians!

Is Debbie McGee a member of the magic circle?

Yes!, in October 1991, Debbie McGee became the first female member of The Magic Circle, one of the most famous magic societies in the world, which is based in London

What was Paul Daniels Catchphrase?

The catchphrase we all know Paul Daniels by is
“You’ll like this, not a lot, but you’ll like it”!

What age did Paul Daniels die?

How old was Paul Daniels when he died 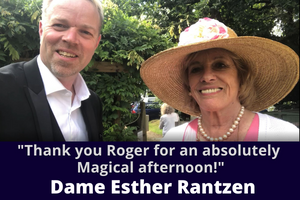 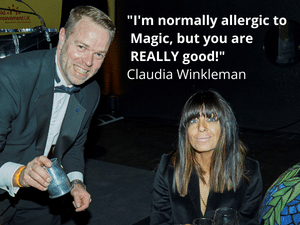 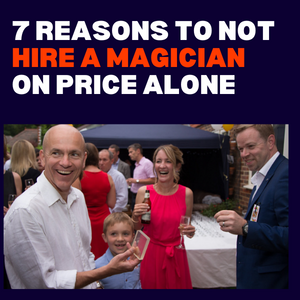